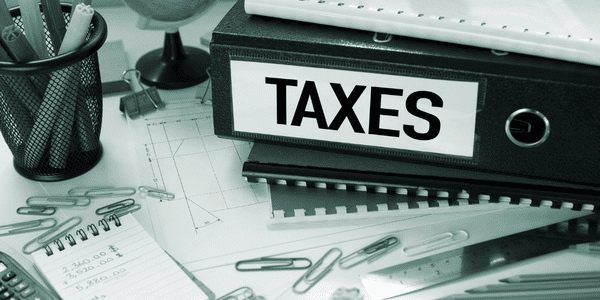 On behalf of the Greater Sudbury Chamber of Commerce, I am writing to share the concerns of members over the expansion of the Non-Resident Speculation Tax (NRST).  As you are aware, as part of the More Homes for Everyone Act, the NRST was expanded provincewide in March 2022 and the rate was increased to 20 per cent.  Previously, it only applied to properties purchased in the Greater Golden Horseshoe Region at a rate of 15 per cent.

Then, on October 24, 2022, the Province raised the tax to 25 per cent, making Ontario’s tax rate the highest in Canada.

This means the NRST may apply on the purchase or acquisition of an interest in residential property located anywhere in Ontario by individuals who are foreign nationals or by foreign corporations or taxable trustees.  It was implemented in 2017 under the Kathleen Wynne Liberal government, and was intended to quell the trend of foreign speculators looking to turn a quick profit.

Minister of Finance, Peter Bethlenfalvy, told Ontarians in March that the province was adopting “the most comprehensive non-resident speculation tax in the country,” because young families, seniors and workers are desperate for housing that meet their needs.  However, a lack of housing supply and rising costs have put the dream of home ownership out of reach for many families.

While we appreciate the significance behind the NRST as a means to discourage foreign speculation, we believe the Minister of Finance has failed to see the extenuating impact its expansion to the rest of the province, particularly Northern Ontario, has had on a company’s ability to attract skilled foreign workers.

Attracting labour is already a significant provincial issue for many businesses, but it is even more difficult for those businesses in Northern Ontario.  The shortage of skilled workers is well documented.  It has been historically difficult for companies in the North to find strong Canadian or Foreign National candidates for a wide variety of positions.  While most companies prefer to hire local candidates whenever possible, they are sometimes left with no other option than to hire international talent.

A prominent employer in Greater Sudbury has written your ministry detailing its own issues with the NRST, stating the tax will have ongoing and serious implications on the company’s ability to attract international applicants with specialized skills in the mining industry.  Exacerbating the situation is the long processing time for immigration and permanent residency.

The company is requesting an exemption for future international hires.  The Greater Sudbury Chamber of Commerce fully supports that request, and would like to see the same exemptions afforded under the Ontario Immigrant Nominee Program (OINP) to all foreign applicants seeking gainful employment in Northern Ontario.

Foreign nationals nominated under the OINP may be given exemption to the NRST.  Currently, the province also offers exemptions if the Foreign National has refugee status or is purchasing property with a Canadian spouse.

We have been successful in working with the federal government to introduce the Rural and Northern Immigration Pilot in five cities in northern Ontario as part of the eleven cities across Canada to offer the program as another opportunity to attract skilled workers to the north.  Since 2020, our city has successfully recruited more than 170 skilled workers and an additional 200 of their family members through this pilot. These numbers were negatively impacted through the pandemic, but are seeing a resurgence again.  These new immigrants are not provided the same exemption the ONIP foreign nationals are, and we are requesting the provincial government extend the same opportunity to them.

Should you have any questions or comments, I invite you to contact our Policy and Government Relations Manager, Arron Pickard, via email at: arron@sudburychamber.ca, or by phone at 705-673-7133, ext. 221.  We look forward to your response.