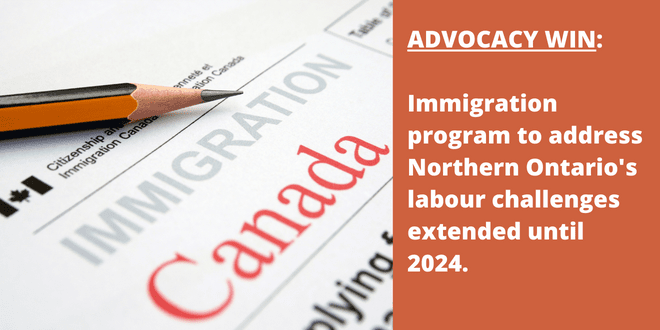 On August 26, Sean Fraser, Minister of Immigration, Refugees and Citizenship announced the extension of the Rural and Northern Immigration Pilot (RNIP) program to 2024 and that the boundaries for seven of the 11 participating communities have been expanded.

The Greater Sudbury Chamber of Commerce and the Chamber Network have been long-term supporters of RNIP program and have advocated for its extension through conversations with different levels of government. On June 3, the Greater Sudbury Chamber of Commerce and the Canadian chamber, along with other Northern chambers wrote a letter to Minister Sean Fraser, calling upon the Government of Canada to extend the RNIP program for another three years and also approve the expansion of the geographic boundaries of participating communities who have so requested.

We welcome Minister Fraser’s announcement and will continue to advocate for the pilot program to become permanent.